This week one studied Owls and Bats, while the other continued with Botany, studying the evolution of the plant kingdom. Owlets and  pups, nocturnal creatures. Mushrooms to the Fern Family, the earliest plant forms of creation. We were either flying up in the air on deep down in the dirt this week studying the babies of both worlds! 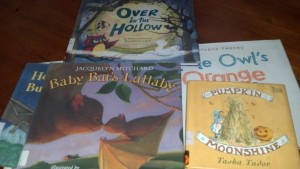 We were lucky with some great library books as Luke discovered the similarities and differences in Owls and Bats. How do they move? What do they eat? What is a predator? Myths and facts about bats. How do these animals see if they are nocturnal? Why are they important to our environment?

Over in the Hollow was a great counting story and he worked on measuring bat wings as another math activity! 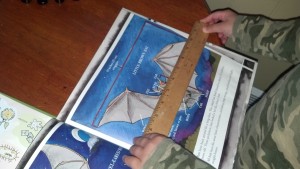 He drew a sketch of a bat’s anatomy and worked on writing all the letters of the alphabet he knows so far ( he wrote about 10 random letters) as well as making a new letter card- “o” for Owls this week.

Moving over to the plant kingdom, Liam started with a re-cap of the baby of the plant kingdom, the plant family known as fungi! He then took a look at and sketched the Five Kingdoms of Life, and how they are classified.   Algae and Seaweed were next, the dreamy plants of the underworld in the sea! Since we live on the coast we headed down to the beach to investigate hands on. 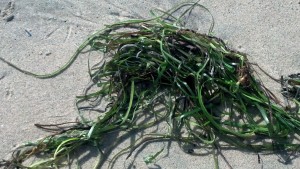 The last three of the week were Ferns, Horsetails and the Club Mosses. From the ancient times through the Ice Age, how did the fern family grow? What is a rootstock, a frond? How do the horsetails develop in two stages? 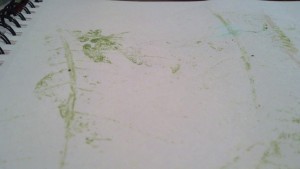 making fern prints using a hammer and a fern 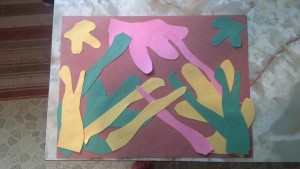 This week, Liam also worked on Changing units of weight and adding/subtracting weights, fractions and decimals in weight for his math measurement block that is also a main lesson this month. He’s enjoying it so far. The workbook is very hands- on and interactive, so – so far, so good! He does free-hand geometry once a week, this week was and exercise using equilateral triangles!

We also headed out for a nature hike this week and had a great time! We watched a music documentary, and the boys each made a Halloween picture to send to a dear friend who’s serving our country right now. Luke drew a scary pumpkin guy and a guy holding letters, Liam made a picture of “The Thing” and wrote a little letter to him on the back. 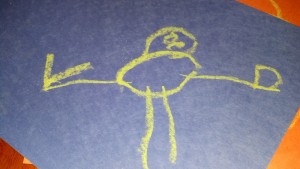 Pretty great week we had! 😉