This morning we started with an alphabet rhyme from A to Z. I saw it in a movie or a show a few days ago (though I can not remember where exactly) and thought it would be a fun way to start the day.  We sat in a circle and went around alphabetically completing the phrase- goes something like this:

Allie went to Alaska with Apples-Bob went to the Bahamas with Brussel sprouts, all the way to -Zander went to Zimbabwe with Zebras!

Some letters were pretty hard! 🙂

We then listened to an audio book about a  Dragon, a story called Dragon Rider .  Dragons must find refuge as the humans are planning to destroy their valley, on his journey he meets a boy named Ben and they become a team!

Liam then went on to finish the last two chapters in his podcast he’s been listening to. He really enjoyed it and learned a lot of science and history along the way. Luke and I worked on the “ap” family on Reading Eggs, then math in a workbook about Space, which then led to him drawing up his own constellation! -A platypus constellation named “John, the platypus.” 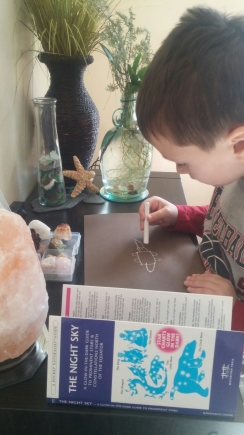 This morning I set out an entire table with some hands on math activities, so they did some work with the  geo-board, fractions and multiplication activities. 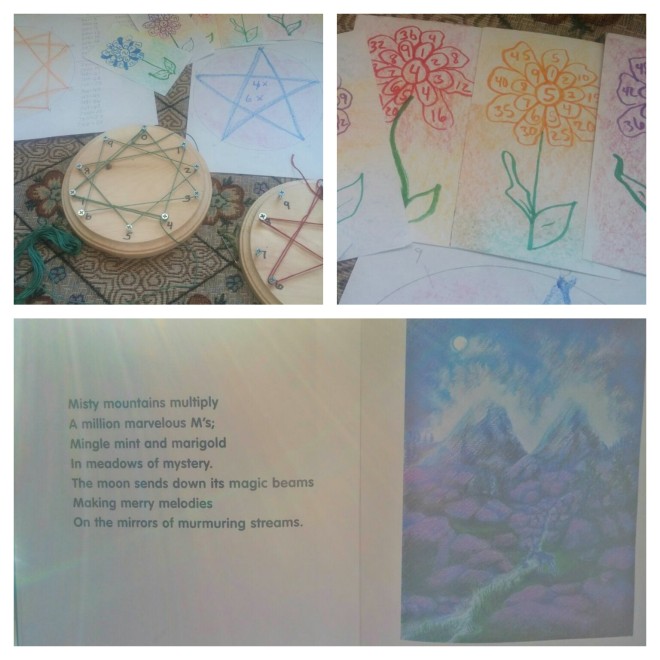 We have used the Waldorf style multiplication circles before and reintroduced them to Luke who was very young the last time they were out. It is a great skip counting way to practice the multiplication facts. Liam went through each one and showed him and refreshed his memory as well. For Luke’s reference I also had the facts written out in flowers and the completed stars laid out on the table. 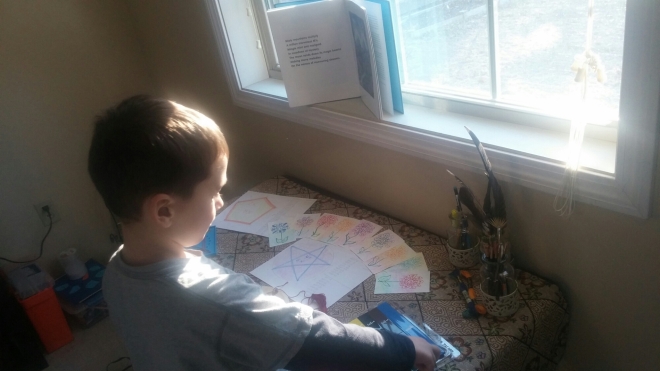 The boys also read a short multiplication “M” poem out of our LMNOP book and watched some birds out back for a bit, then they made their lunch and listened to an American History Story about the start of the revolutionary war based on how taxes currently work in our society.

And, that wraps up our morning, I’m sure there will be some Minecraft played this afternoon as it has made a big come back in this house!

Thanks for stopping by!