With our new routine and plan under way, I’m seeing smoother days, more relaxed and engaged! The boys are loving the installation of the daily morning journals! Each morning I write a prompt on the white board and hang it on the fridge- they are always eager to see what it’s going to ask and keep saying how fun it is!

Luke’s been learning to read now that we’ve gone through all the letters, and has been practicing the “at” family and a couple of sight words. Today….-drum roll- he read two BOB books! I was very proud! He was not as impressed, he shrugged and said, “ya, but they’re just short books…” Good grief! I reminded him how far he’s come since this summer when he hardly knew all his letters yet! BE PROUD OF YOURSELF!!! You just turned 5! 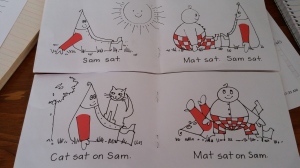 He also played a card game of word pairs with me and then made up a sequence story using the cards. The story: 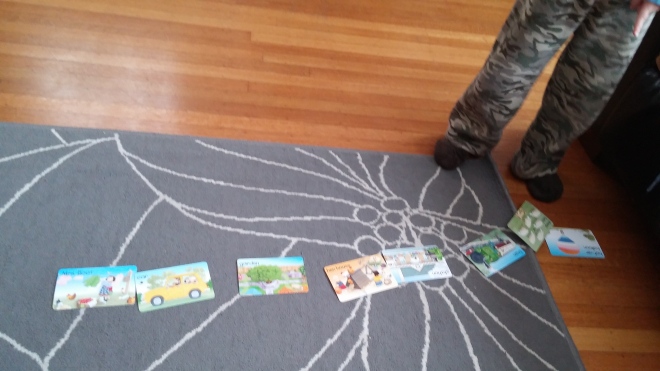 Mrs. Boots put on her boots and got into her car. She drove over to her garden to check on it and headed over to the chickens to feed them and put the eggs in the basket. Then she went to the train station, got a ticket and took a train ride to the field of sheeps. Then she took a hot air balloon ride back home. The End.

He’s also doing fantastic with math, especially mental math! He can add or subtract easily and is just starting to multiply and divide using picture stories!

He started being able to swim underwater this week and is super creative in all areas!

Liam as I said wrote in his journal every day this week and today he also worked on writing a stanza in ABABCC order. He had to choose a mood (silly) and then create a poem using that order. Now, this is progress for him! He hated writing at the beginning of this year and now I hear no complaints and see a proud smile when he’s done! He’s started a Blog and it’s really helping him to be confident in spelling and story telling.  If you would’ve asked me 5 months ago what he likes to write, I would’ve said not much unless it’s related to video games! Very proud of his progress!! 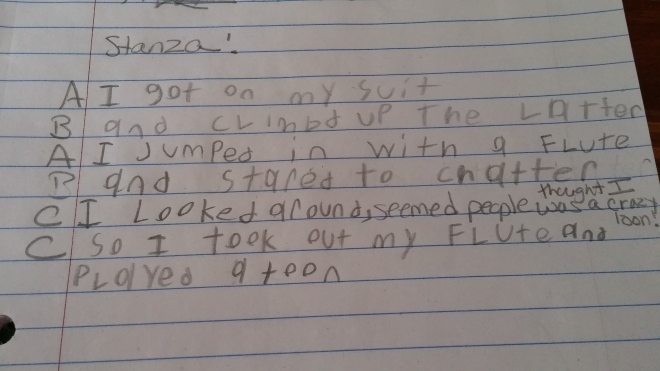 The other thing that has helped this year was discovering the Key to..Series for math. He’s completed 3 workbooks so far and is at the end of his decimals book now. Then it’s just a review of all concepts thus far and we’ll continue on from there. Today he added/ subtracted decimals to find length, width and the negative space where the window or doors are in the picture problem. 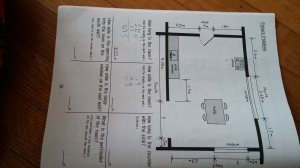 He’s loving his Spanish course as well, this week is relating words, comparing and distinguishing what words mean and how they are related in Latin, English, French and Spanish languages. He’s viewed A Tale of Two Princesses a few times to begin relating the origin of the Latin words heard in the story. 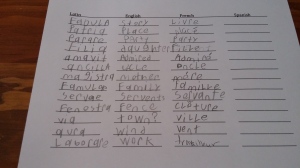 Both boys are learning about Biology- today they read and played a game about the muscular system. They had to “poke” the muscles that were told to them! They thought it was hilarious 😉 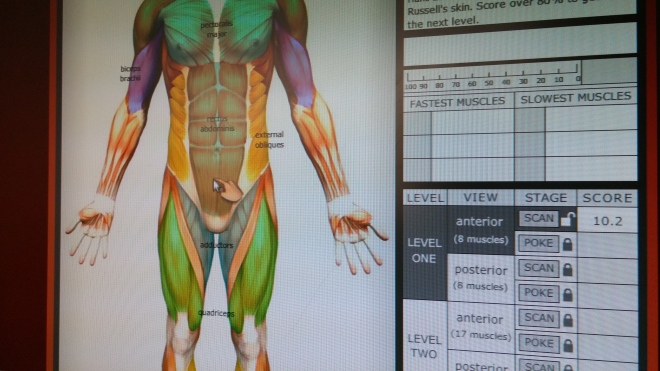 They had to speed up the recognition time – started at 10 and ended up at 85! Great job!

We ended the day looking at more Birds of America by John James Audubon and now they are outside playing an ancient treasure game they made up!

Great milestones noted and Happy homeschools days are back in action! phew!! 😉

4 thoughts on “Happy Days are here: Making note of Milestones!” 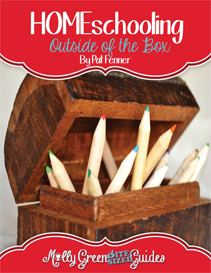